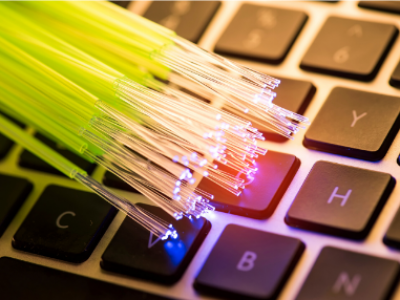 Unless you have been living under a rock for a few years, you’re aware that fiber internet is quickly becoming a hot topic across a wide variety of internet users. But what is it? Fiber-optic is a type of broadband internet made up of tiny strands of plastic or glass that are wrapped together into cables that transmit light to deliver an internet connection. Phew! Sounds like something straight from the future – right? Well, believe it or not, those cables of tiny strings were first developed in the 1970s. And today can give you the fastest internet service available!

While fiber may only be available in limited areas at the moment, its availability is growing greater each year. And trust us, it is well worth the wait! Fiber’s speed and reliability are unmatched by any other internet connection.

How does Fiber Internet work?

Traditional forms of internet, such as cable internet, pass information through copper lines. The copper lines transmit data via electricity. While copper can be fast, it is limited by its electrical capacity. And it doesn’t even come close to what fiber optics can deliver. Fiber is as much as 100 times faster than traditional cable internet.

At this point you are probably still wondering how fiber works, so let’s explore that. Essentially, fiber internet transmits data through pulsing light. That data is the binary code that makes up literally everything on the internet. You know binary, that string of 1’s and 0’s. Thinking about The Matrix yet?

Anyway, once the light reaches its destination, there is a “last mile” process that takes place. The last mile process is really just a term for the last step in connecting the consumer to the internet. This last step is where an optical network terminal (or ONT) converts the pulses into electrical ethernet. There are several different types of ONT that convert the last mile. Commonly referred to as “Fiber to the X” (or FTTX).

Fiber to the Cabinet or Curb (FTTC), Fiber to the Neighborhood (FTTN), or Fiber to the Street (FTTS) are the most commonly used fiber connections. These types of connection deliver fiber close enough to an area (curb, or street). Then disperses the internet to the surrounding structures with copper cables.

Fiber to the Premise (FTTP), Fiber to the Home (FTTH), or Fiber to the Desktop (FTTD) are the most direct types of fiber connections. Just like it says in the name, these types connect directly to your home or business. No copper cables needed.

Fiber to the Building or Business (FTTB) delivers fiber to a building. Copper lines distribute internet throughout the building. Multi-dwelling buildings, hotels, and schools often use this type of connection.

The whole process is quite technical, but the basics are this: it is much faster, and far more reliable than its predecessors!

How fast is Fiber Internet?

Fiber internet is your fastest option available today, with upload and download speeds ranging from 250 to 1000 Mbps! These high speeds make streaming HD video on multiple devices incredibly easy. In contrast, traditional cable internet speeds range between 5-50 Mbps for uploads and 10-500 Mbps when downloading. Which as many of you know, can cause headaches trying to stream to multiple devices.

Are you wondering what speeds you are currently getting? Head over to our speed checker here to find out.

The Long-Term Benefits of Fiber Internet

With cable internet, the Federal definition of broadband allows for speeds as slow as 25mbps for downloading and 3 mbps for uploads. While the average household’s internet usage already far exceeds this amount, and is only increasing. By choosing a traditional cable network, you are limiting the potential speeds you could be seeing long term. As 10 gigabytes, or even 100 gigabytes download and upload speeds become standard in the future, your fiber company will already have the capacity to deliver those speeds immediately.

Data consumption over time has increased exponentially, but copper wires capabilities are limited and can’t evolve with the times. Whereas, fiber is not limited by its cable, and can be upgraded more easily as technology advances. So it can keep up with the ever-increasing usage, whether that be streaming, video calls, or just scrolling.

With fiber, your suppliers can upgrade your speed as the technology evolves without having to bury more cable. This makes their upgrading more affordable for them. Which means they can pass those savings and new technology speeds onto you, their consumer.

Behind every local ISP (internet service provider) is an underlying infrastructure provider. The infrastructure provider handles building and maintaining the fiber-optic internet cables. In this case, SUMO FIBER is one of the premier partners of UTOPIA – the Utah Telecommunication Open Infrastructure Agency. UTOPIA emerged in 2004 when 11 Utah cities joined together to build and operate a fiber-to-the-premises network. A network that now serves hundreds of thousands of households and businesses.

UTOPIA Fiber is an inter-local government entity, similar to other services like electric or water. As one of the largest open-access networks in the country, UTOPIA Fiber partners with SUMOFIBER to deliver the nation’s fastest internet service.

Because UTOPIA is an open-access infrastructure agency comprised of several Utah cities, expansion efforts are continually growing. That means that the highest internet speeds possible are becoming available to more and more cities every year!

When you choose to go with fiber, you are investing in your future. Simply put, with the speed and reliability that fiber supplies, and its untethered potential, cable internet will be a thing of the past!

Want to know if Fiber Internet is available in your area? Check the availability now with one easy step!

SUMOFIBER is a local Utah business offering a grassroots approach to customer service that is rare among other providers. Our goal is to be responsive, professional, and dependable with a team that stands ready to help you succeed. Whether you’re a business, large or small or a residential customer, you will receive the attention you deserve and SUMOFIBER is ready to help! 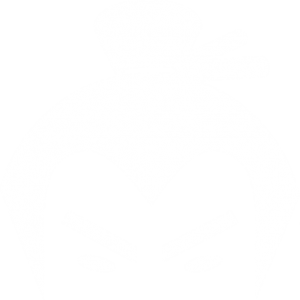